*this webinar WILL be recorded, but access will require a separate purchase. Recorded webinars are available here for purchase a week after the live webinar has taken place.

Standard Members (and all older membership levels currently being phased out): $15

Objectives:
By the end of the webinar, the participate will be able to: 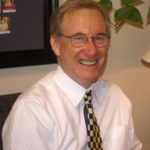 McKenna pioneered the first behavioral and electro-physiological studies documenting differences between mothers and infants sleeping together and apart and has become known worldwide for his work in promoting studies of breastfeeding and mother-infant cosleeping, what he has recently termed, breastsleeping (see below). In recognition of his scientific contributions he was elected as a Fellow, by the American Association for the Advancement of Science, an honor give out only to about 10% of America’s top scientists.

By training he is a biological anthropologist, an Emeritus Professor at the University of Notre Dame and recently appointed as a Dean’s Executive Professor at Santa Clara University in Santa Clara, California. He continues to Direct the Mother-Baby Behavioral Sleep Laboratory at Notre Dame as a safe sleep resource website that receives about 20,000 hits by parents every month. At Notre Dame, he established the first Mother-Baby Behavioral Sleep Laboratory in the world having published over 160 articles and six books including a popular parenting book Sleeping With Your baby: A Parents Guide To Co-sleeping (translated into eight languages)  and just this year a new book entitled: Safe Infant Sleep: Expert Answers to your Cosleeping Questions. He has co-edited:  Ancestral Landscapes In Human Evolution, Evolutionary Medicine, and a more recent co-edited volume Evolution and Health: New Perspectives (Oxford University Press.

Professor McKenna won the prestigious Shannon Award (with Dr. Sarah Mosko) from the National Institutes of Child Health and Development for his SIDS research and is considered the nation’s foremost authority and spokesperson to national and international press on issues pertaining to infant and childhood sleep problems, sleep development, and breastfeeding. In recognition of his work he received the lifetime Achievement Award given by Public Relations Department at the University of Notre Dame (the first award so given) for these outreach activities and before leaving Notre Dame he was awarded the Presidential Award, the highest honor the University can bestow for his “sustained exceptional contributions.” And, similarly, by the American Anthropological Association he was also awarded one of the top three awards given by his discipline for his engagements with the press. Just this year, along with five preeminent SIDS researchers and by invitation from the Academy of Breastfeeding Medicine, he co-authored a new protocol for pediatricians worldwide arguing that it is no longer acceptable to stigmatize bedsharing families but instead necessary for pediatricians to implement bi-directional conversations with parents that respect the decision by mothers to breastsleep a new term he proposed for bedsharing in the context of breastfeeding representing a new epidemiological category.