You may think that you are too small to make a difference in the scheme of things. Because breastfeeding, childbearing, and childrearing are not economically valued in the US, they lack a voice and have a reduced presence in national health care policy, in the legal system, and in the employment arena. The idea of trying to influence such big issues can be intimidating. You may think that if you have never lobbied for any issue, your efforts will go unnoticed. However, the power of “one” is strong and when one determined individual networks with others championing similar agendas, change happens.

Lobbying is the art of persuasion. It is an activity protected by the First Amendment to the Constitution: (1791)

“Congress shall make no law … abridging the freedom of speech, or of the press; or the right of the people peaceably to assemble, and to petition the Government for a redress of grievances.”

The word “lobbying” may conjure images in your mind of smoke-filled back rooms and unsavory, behind-the-scenes scheming. The term “lobbyist” however, found its way into our vocabulary in the early 1800s. Historical accounts describe “lobby-agents” variously as the petitioners in the lobby of the New York State Capitol gathered to contact legislators, or favor seekers meeting legislators in the lobby of the Willard Hotel. Caricatures at the time portray plump, cigar-smoking men called “lobbyists” wining and dining lawmakers as they slip money under the table. No wonder the word “lobbying” still invokes sinister undertones of deceit and graft!

Lobbying or advocating a point of view is engaged in by almost all special interest groups in the United States. As individuals and/or groups, we have the right to lobby policy makers which insures that our interests and concerns are heard, as well as competing interests and views, so that legislators have a broad base of information on which to base their decisions. Lobbying attempts to persuade an individual, agency, institution, or organization to support an idea, an issue, a certain course of action, etc. You lobby whenever you work to encourage someone to agree to your way of thinking or to embark on a new project or program. We often call ourselves “advocates” because we speak for those whose voices are often silent – breastfeeding mothers and babies.

As breastfeeding advocates we wish to promote, protect, and support breastfeeding in the US. Our health care system does not have one person in charge of it. Rather, health care responsibilities and funding are distributed across various federal and state agencies. Our tax dollars pay for this policy-making infrastructure. We and our employers pay for health care delivery. We elect federal and state legislators to represent our health interests for us in the political sector. But somewhere along the way, breastfeeding has become lost as a public health issue. In the minds of many people, breastfeeding is little more than a lifestyle choice. Many barriers to breastfeeding have made the US a bottle-feeding culture. These barriers are often what cause us to say, “I wish someone would do something about that.” Whether it is advocating for licensure and reimbursement, providing comments to the Federal government, or writing letters to legislators, hopefully, that “someone” is you. We hope that you will find the advocacy opportunities identified by USLCA motivate you to take action. Mothers and babies are counting on you! 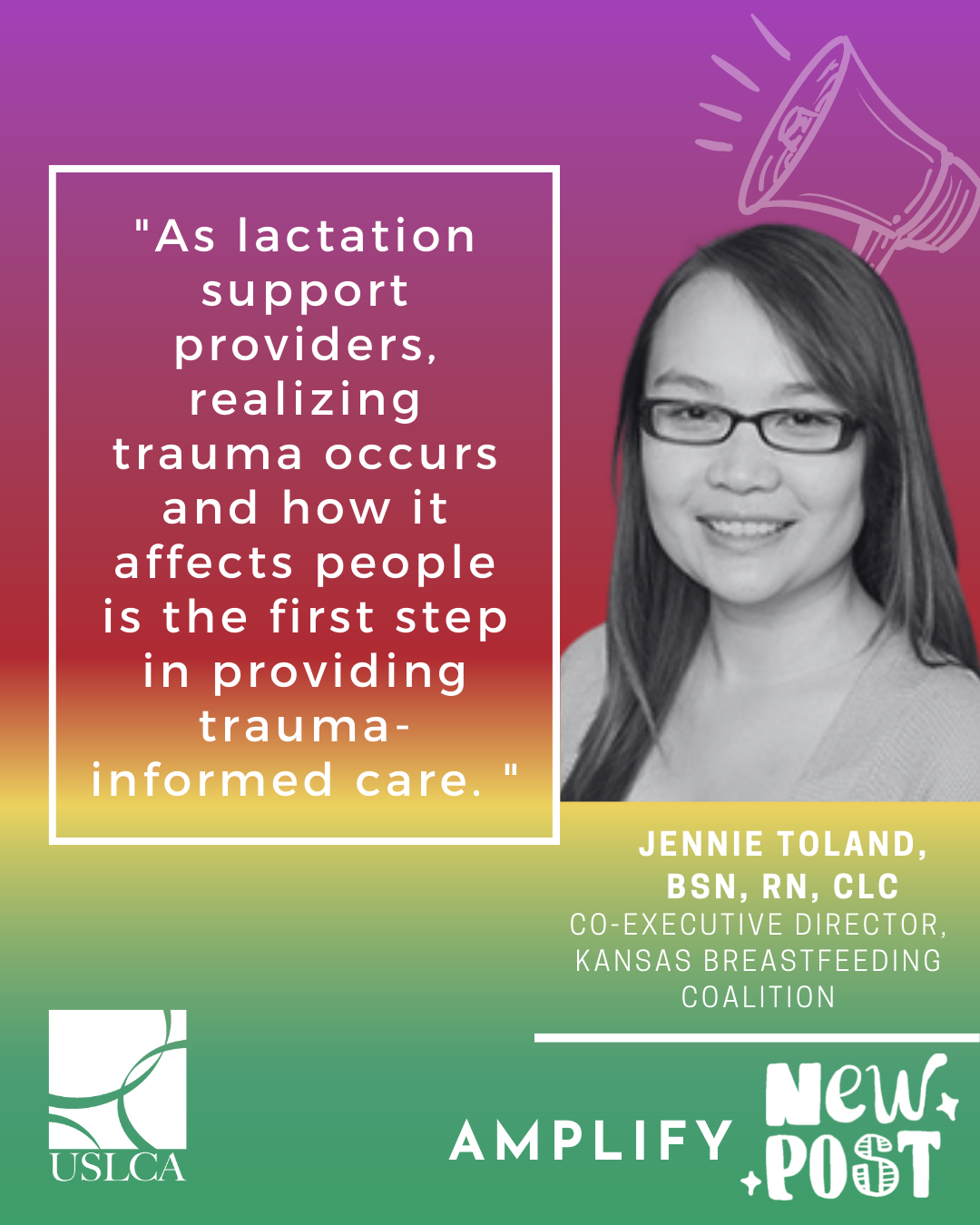