A Binational Community Solidifies Through the Pandemic 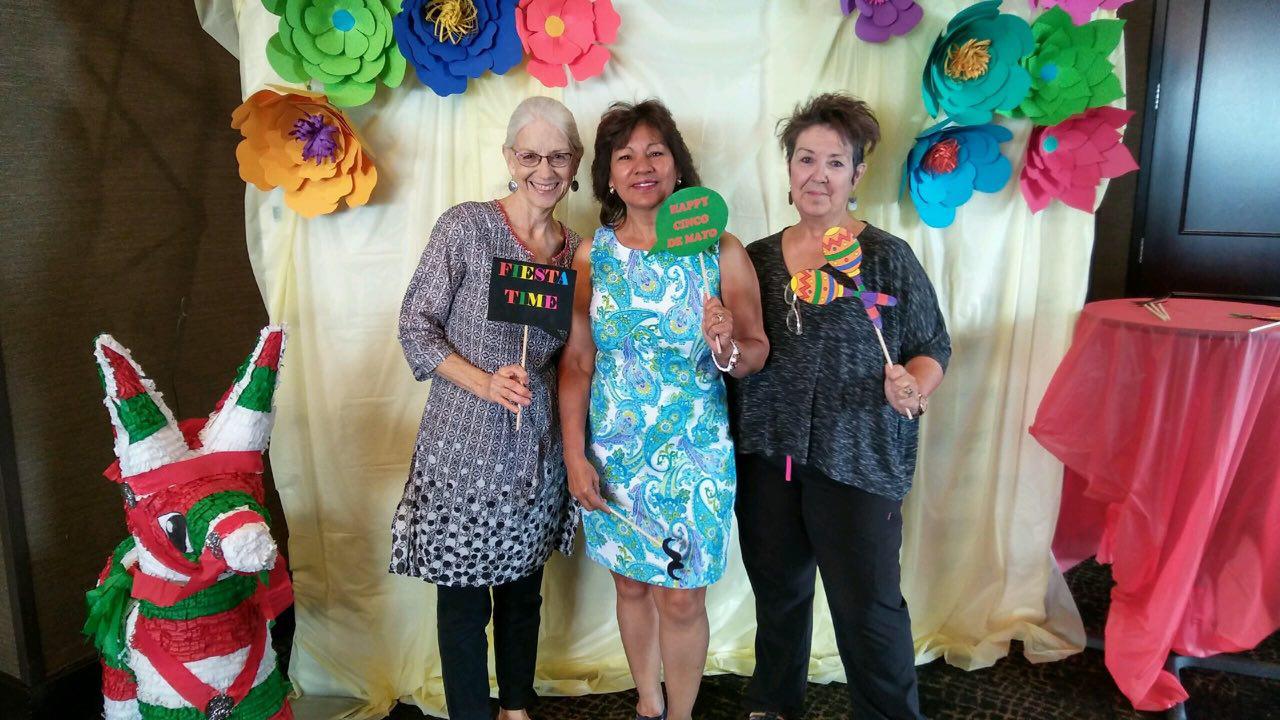 I entered the field of lactation through the lens of public health in the 1980s in New York City. Towards the end of that decade, I moved to El Paso, Texas on the U.S.-Mexico border and started a very different life. Thirty five years and two kids (now adults) later, that life has turned out to be surprisingly packed with opportunity and friends.

Although my personal journey to spread the word about lactation always beautifully dovetailed with my other passion, public health, it was never easy to get paid for doing both together! But working in the field created relationships, and then close colleagues. There were others in El Paso craving colleagues, too, and to my surprise, it was easy for us to gather together for a common purpose. That coming together was the seed of the creation of the Binational Breastfeeding Coalition (BBC).

This was about 15 years ago, and at the beginning, the coalition had some identity crises. At first, we weren’t altogether binational nor interprofessional. Early on, we recognized the importance of including everyone, and this involved addressing the relative poverty in the region. Everyone agreed to work as a volunteer, and although dues were collected, they weren’t required (we couldn’t risk creating a hierarchy made up of just folks who could pay). As our footprint grew more visible, more folks joined from both sides of the border and from Southern New Mexico, too.

An obvious impediment was the reality that even though El Paso, Texas and Ciudad Juárez, Mexico are in reality just one community, there are significant cultural and physical obstacles to easy personal interaction. As the issue of immigration became a political football, the border itself became more of an impediment. Families, however, still deliver babies on both sides of the border, live and work on both sides, and nearly everyone is bicultural* and bilingual (a reality to consider in order to deliver good care or in some cases even carry on work). This also gives us distinct opportunities, with very deep, relevant, and active ties between both communities. These strong ties are also fluid, with grandparents living on both sides, families working and living on both sides, and this includes most health care workers and advocates who are members of the Binational Breastfeeding Coalition.

[Allow me a short side bar here: El Paso/Ciudad Juárez together have at least 2,340,000 total residents**, by the most conservative estimate. This is a large border community which, historically speaking, was only divided recently into two cities. If you picture the El Paso side as looking like Dallas or even San Antonio, it would instead be more accurate to picture a montage of the states of New Mexico and Chihuahua. The whole state of Texas, according to the 2020 Census, is 18.1% Hispanic while El Paso County is 82.6%. This ethnic uniqueness is trumped by our geographic isolation, we are over 550 miles from the next largest city in Texas (San Antonio), and are much closer to Albuquerque, NM, and Chihuahua City, Chihuahua, which are both 250 miles away. In addition, Ciudad Juárez is the fourth largest city in Mexico. Our reality is unique.]

Let us return to the Binational Breastfeeding Coalition. Our community of breastfeeding advocates had been organically knitting together for nearly two decades, when suddenly the pandemic hit. We found that we had a surprising advantage, having already created ways for our members to interact without facing hours-long waits at the international bridges. Early on, we utilized conference phones donated by generous international agencies, which enabled everyone on both sides of the border to use them at no cost. Now we, along with the rest of the world, have graduated to speakers on our cell phones and virtual platforms. Like lactation professionals everywhere, it took us time to settle into what would become nearly a year and a half of “lockdown,” compounded by highly differing realities of both vaccine availability and other virus reducing measures. Due to the pandemic, the international bridges were closed (and still are) to most people. But despite the new reality, we never lost our momentum! Here is a list of some of our accomplishments during the pandemic:

The most important take away from this is that new lifelong relationships were created, and those that already existed we reinforced. The culture of breastfeeding continued to flourish. We ended up erasing some of the divide (and misunderstanding) between countries, cultures, and languages. In the end, the pandemic forced us to be more united.

* For purposes of this piece, “bicultural” includes factors like understanding that social time is spent mainly with family, using formal language as a means of showing respect for older people, and acknowledging those particular food and other choices, including religious choices, that reflect people’s beliefs and practices.
**https://www.census.gov/quickfacts/elpasocountytexas 2019, https://worldpopulationreview.com/world-cities/ciudad-Juárez-population