The Idea that Spawned an Entire Profession 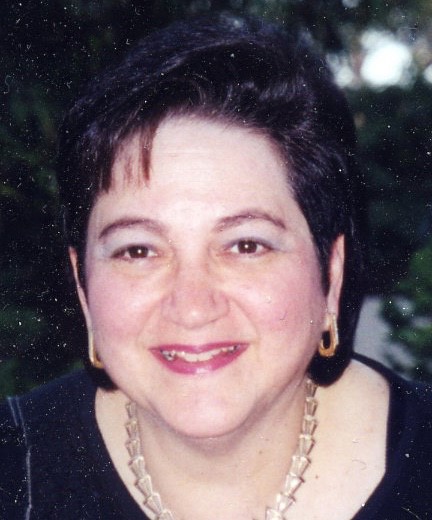 “I had no idea that your brilliant idea would take the rest of our lives,” Ellen Shell told Chele Marmet many years after the two cofounded the Lactation Institute in Los Angeles, CA in 1979. Chele’s brilliant idea was something she had been ruminating about for years, but finally took complete shape in her brain in 1977. Chele felt completely defeated as she walked out of a large teaching hospital after a long day of providing clinical lactation training to every shift of nurses and some physicians involved with maternal childcare. During the course of that day, it became clear to Chele that the staff had not retained, or put into practice, any of the information or skills from her previous year’s breastfeeding in-service. Chele intrinsically knew there had to be a better way.

Then, a brilliant idea, an epiphany, appeared to her. She conceptualized a new allied health profession – lactation consulting. Chele clearly saw the specialized clinician as needing thorough formal education, preferably at the master’s degree level, needing to pass appropriate certification exams to earn the right to function, holding positions in hospitals, clinics, doctor’s offices, public health and other government program offices, as well as private practice. She knew that the families in every country of the world would benefit from having access to this new allied health professional. This was a revolutionary idea that she instantly understood would require a lifetime of work and overcoming challenges.

The very next day, Chele shared her ideas with co-LLLI (La Leche League International) Leader Ellen Shell, who had a wealth of administrative skills, and the two of them started working on just how to make Chele’s vision a reality. So many questions needed to be addressed. One of the few supportive voices she heard was from Derrick Jelliffe, MD, the Maternal Child Division of Public Health head at UCLA and a recognized world expert in infant nutrition. He was insistent that Chele make her idea become a reality.

In the late 1960’s, in St. Louis, MO, while breastfeeding her first two children, Chele did not know anyone else who was breastfeeding at the same time (and she and her family knew a lot of people!). Chele experienced some common and some complex breastfeeding challenges with her own children, which she managed to overcome in spite of the lack of any available medical support. Unfortunately, professional breastfeeding support was nonexistent in that era.

By word of mouth, more and more families found Chele and started coming to her for breastfeeding help. Chele’s bachelor’s degree in speech and hearing from Washington University in St Louis had included significant training in oral anatomy. Her formal education and personal experience seemed to attract and reassure those who struggled with breastfeeding. In the process, Chele became very passionate about helping breastfeeding dyads. Her reputation for providing clinical breastfeeding help followed her to Los Angeles in 1970. Again, word of mouth spread, and Chele saw a constant stream of breastfeeding dyads seeking her help. Chele’s willingness to offer in-person breastfeeding help provided her with years of extensive clinical experience working with breastfeeding problems – many years before she conceptualized the LC profession. In addition, by the mid-70’s, Chele was frequently invited to give breastfeeding lectures to health professionals throughout southern California. She had become a recognized local expert on the subject.

From the moment outside that Los Angeles hospital in 1977, where Chele suddenly envisioned the whole concept of lactation consulting, her umbrella goal was the establishment of this new worldwide allied health profession. From 1977-1979 Chele and Ellen researched and explored the components of the educational program they decided to create,such as, requirements of admission into their educational program and evaluating the possibility of degree affiliating. They decided where to open and how to operate a breastfeeding clinic. They created charting forms to facilitate lactation consultations knowing that data gathered from this charting could enhance breastfeeding knowledge. Simultaneously, they wrote their own non-profit bylaws and incorporated at the state and then national levels. They also worked for many months obtaining insurance for all aspects of the Lactation Institute work. This included insuring any facilities, families, student, and themselves. And, after two years of working day and night, in 1979, Chele and Ellen opened the doors of the Lactation Institute and Breastfeeding Clinic, a non-profit with the goals of:

In 1982, LLLI decided to develop a lactation consultant (LC) department. JoAnne Scott was selected to head the new department, and she invited Chele to serve in a key departmental position. With Chele’s vision of the education required and parameters for the new lactation profession, and guidance from LLLI, JoAnne was inspired to find a way to ensure that the lactation consultant profession remained accessible to all. So JoAnne worked with a testing expert, and the National Commission for Health Certifying Agencies (the predecessor to NCCA) to establish requirements for certification and create an examining body and exam. The LLLI Board of Directors then made a startup loan to the LLLI LC Department to create an examining body and exam to certify lactation consultants. The LLLI and LLLI LC Department members identified and surveyed lactation experts internationally. Their survey responses were used to create the exam blueprint. The Blueprint Committee met in March 1985. Maureen Minchin from Australia was instrumental in steering the group to immediately think internationally, and thus the name the International Board of Lactation Consultant Examiners® (IBLCE®) was chosen.

All who attended that Blueprint Committee Meeting were taught how to write exam questions and instructed to write and submit ASAP. JoAnne assigned Chele the responsibility of creating the clinical component of the exam. Chele had photographed examples of lactation problems she encountered over the years, which she then turned into slides for teaching purposes. These were used to create the clinical component of the exam. Amazingly, 248 people from seven countries sat for this first exam in Washington DC, USA and Melbourne, Australia. IBLCE helped establish many standards for translating health related, international exams.

Chele realized when she envisioned the LC profession that LC wannabes would be unlikely to secure a job in a hospital without a degree in lactation consulting. Because of this, Chele and Ellen started conversations with Pacific Oaks College in Pasadena, CA in 1981 about degree affiliating. After a couple years and reams of paperwork, they were allowed to start one trial student in 1983. In March 1985, the same month as the Blueprint Committee Meeting, Pacific Oaks College granted permission to announce their formal degree programs (both BA and MA) in Human Development with a specialization in Lactation Consulting. These joint Lactation Institute/Pacific Oaks College degree programs continued for more than 20 years.

In 1986, Chele was invited to head a one-day meeting for LCs called the LLLI Lactation Specialist Traveling Workshop that traveled to seven different cities yearly for over 20 years. She always selected cutting edge topics and speakers to take ideas about the role of LCs to cities across the US. This workshop introduced the LC scope of practice to people who couldn’t travel to an annual conference.

In 1985, JoAnne Scott invited Kathy Auerbach, a member of the LLLI LC Department to establish the first Journal for LC’s. During her 10 years as editor, under Kathy’s guidance, JHL became a medically

recognized, peer reviewed journal. Jan Riordan and Kathy Auerbach co-authored the first textbook specifically for LCs which was published in 1993 and authored two more editions. Jan continued with three more editions before she passed away.

Today, Chele still does an occasional consult or presents an occasional lecture. From a brilliant idea Chele had in 1977, the lactation consultant profession has to date over 33,492 IBLCE board certified LCs functioning globally. Amazing how a brilliant idea, and lifetime of work, can positively change the world.