The Birth of the Asian and Pacific Islander Breastfeeding TaskForce 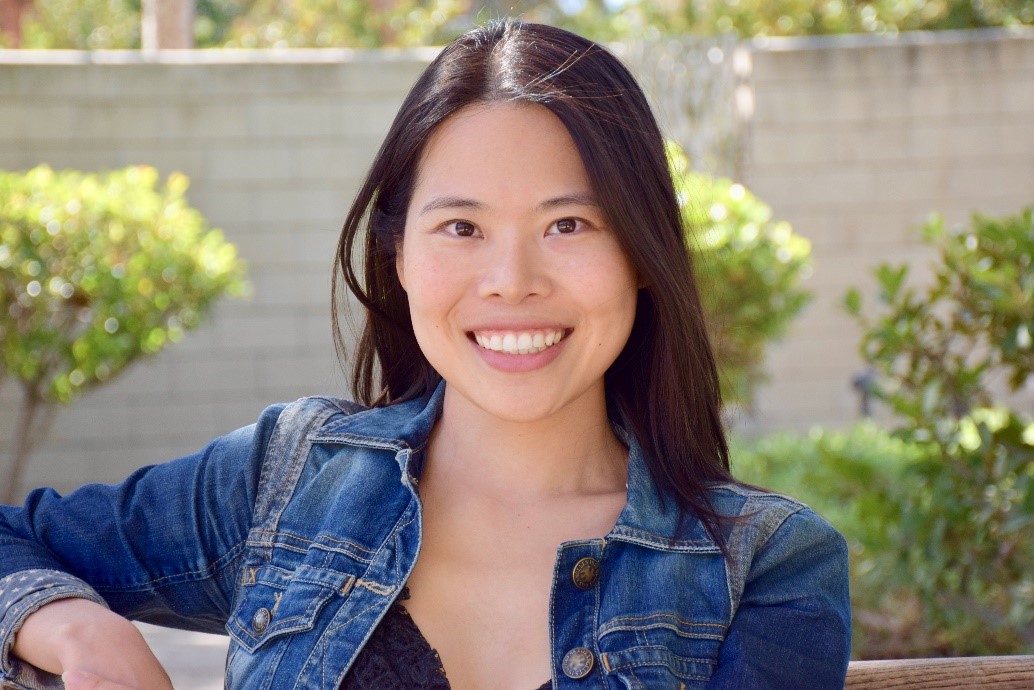 Now enough years have gone by to enable my children to understand my work, we sometimes discuss the events that lead to the founding of APIBTF. Jasper, my younger son, maintains that his birth inspired it. But Jade, who is four years Jasper’s senior, always says that it started long before that. Jade said it began the summer I went back to work after giving birth to him, when my rights to pump at work was denied by the company.

When they consulted me, I said they were both right. But, I added, if they want to take a broad view of the movement, it really began with Carmen Rezak and Wendy McGrail. Carmen is the Corporate Maternal-Child Health Quality Coordinator at AHMC Healthcare, a corporation that owns seven hospitals in Los Angeles County. Wendy is the Senior Nutritionist/Regional Breastfeeding Liaison at PHFE WIC, our local WIC program. If Carmen hadn’t been bothered so much by the low in-hospital breastfeeding rates among Asian parents, Wendy would never have called up the first planning meeting for an Asian breastfeeding task force, and where would the APIBTF be if they hadn’t? 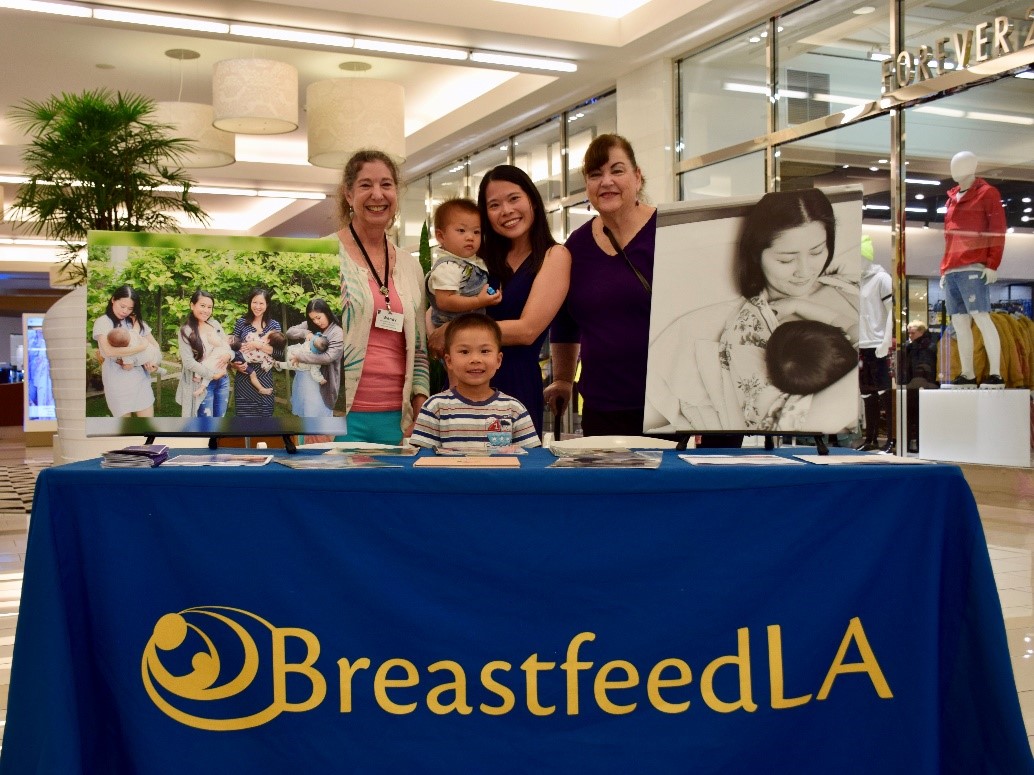 It was how APIBTF began. On August 10, 2017, ten like-minded individuals got together and formed the Asian Breastfeeding TaskForce, which later became API Breastfeeding TaskForce. Among the founding members there are seven women still actively involved in the APIBTF to this day: Carmen, Wendy, Wendy Fung also of PHFE WIC, Cindy Young and Arissa Palmer of BreastfeedLA, Pauline Sakamoto of Mother’s Milk Bank, and me, then 7-month-pregnant with Jasper. This is where Jasper jumps in, “See? I told you! I went to the first APIBTF meeting.”

Not only Jasper attended the APIBTF’s planning meeting (in my womb), he went to all the APIBTF meetings and events with me in the following two years. He also modeled for the TaskForce’s first breastfeeding photo project. But Jade was also correct. That pump rights argument between me and my previous employer culminated into a case settled by Legal Aid at Work (then Legal Aid Society—Employment Law Center). In spite of the monetary compensation that both parties agreed upon, the company was apparently not convinced by the ruling— it published two Op-Ed pieces during that period of time, one calling breastfeeding images “disturbing,” “disgusting” and the other one suggested that breastfeeding accommodations at work place is “not necessary.” The first article gave me an idea of starting a breastfeeding photo project to fight this kind of hate speech and normalize breastfeeding in Asian communities, but without proper resources, the photo project did not happen at that time.

A dream deferred is still a dream. Six years later with APIBTF, I applied for funding from Birth Equity Leadership Academy, a program of HealthConnect One Foundation, and realized the idea of an Asian breastfeeding photo project. It was the first major project of APIBTF. We hired a professional photographer and videographers. We recruited 17 mom and baby pairs to participate, including Wendy Fung and her baby girl. We secured three venues. Cindy generously opened her house for the shooting. We launched the photo exhibit and released videos for National Breastfeeding Month 2019 and widely attracted local media’s attention.

This project was a huge encouragement, not because it was a success but also it deeply reflected our mission: to combat stigma, decrease inequities and normalize breast/chestfeeding in Los Angeles County’s Asian and Pacific Islander communities by improving education and support practices.

The photo project was a good start for us to remove the barriers. The TaskForce was therefore recognized with a Golden Nugget Award for Removing a Key Barrier to Breastfeeding by the California Breastfeeding Coalition. Things seemed to happen fast and the TaskForce seemed to grow rapidly after that. We changed our name to Asian and Pacific Islanders Breastfeeding TaskForce to be more inclusive and better represent who we are. Then the COVID-19 pandemic hit us. Among other things, we started a virtual Baby Café to continue to serve our community.

I am especially proud of this Baby Café, not because I wrote the grants (which I did!) but because it is a community based, culturally congruent, community-led breastfeeding space for the community. Named DeDe Diner, it centers Filipino experiences but welcomes all. And one of our community leaders, Lynnette Bello, was one of the 17 moms participating in our photo project back in 2019! She is now working to become a lactation consultant. Yes, our Baby Café at Dede Diner aims not only to support our community, but also help our community members who wish to become IBCLCs work toward their goals.

Our most recent initiative is AANHPI Breastfeeding Week. In 2020, with BreastfeedLA we lobbied to have a specific week to engage API breastfeeding families, advocates and health workers and received a local resolution from the Los Angeles County Board of Supervisors proclaiming the third week of August as Asian Pacific Islander Breastfeeding Week. This year, with support from the US Breastfeeding Committee (USBC), we made it a national event with the theme “reclaiming our tradition (it’s Cindy’ idea!)” and included Native Hawaiians in the event. My Jade created the artwork for the logo so that he can boast about it to his little brother. 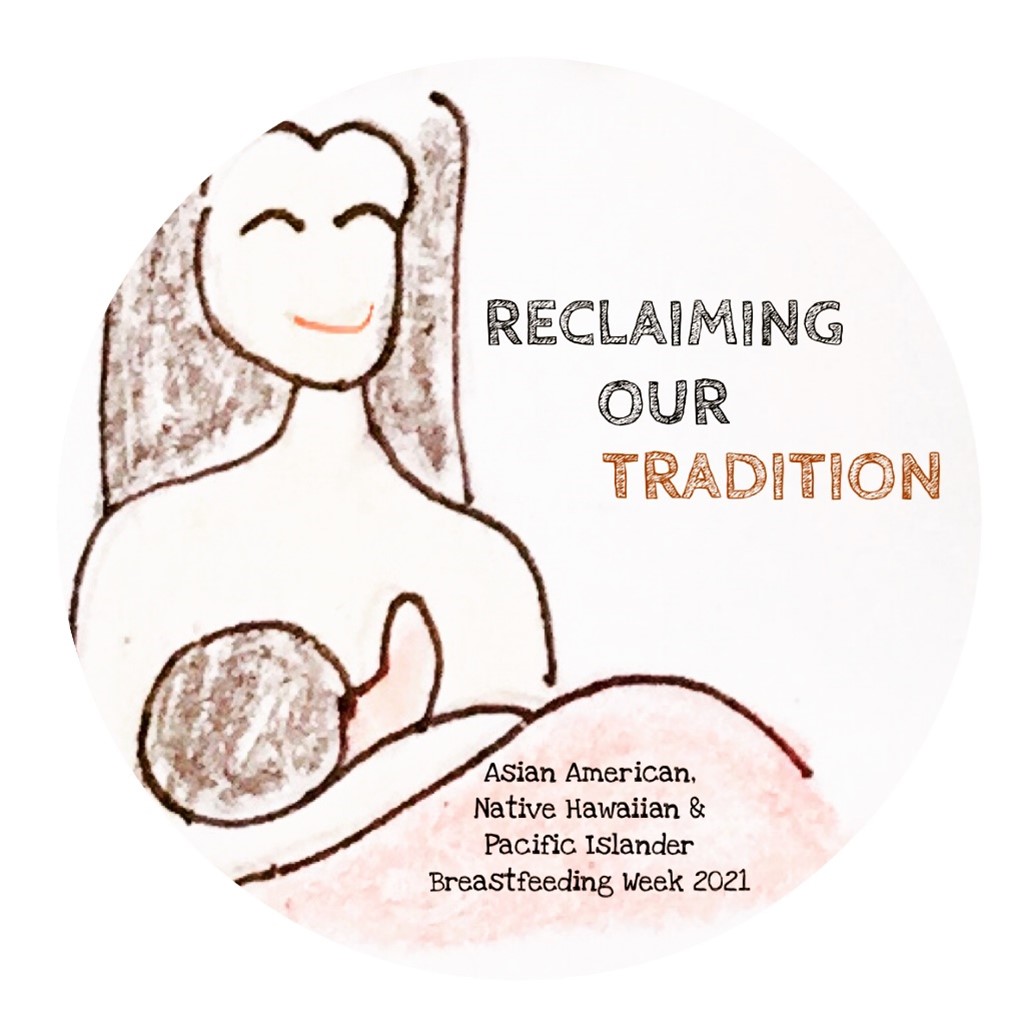 APIBTF turned four years old on August 10th this year. Four years is relatively short, yet so many things happen in the four years that it feels longer than that—at least to me. There were many excitements, but also some challenges. The TaskForce took on a life of its own and became something bigger than any of us imagined. Without an operational budget, we had to rely on volunteers and it became very difficult to move forward. Due to limited staff resources, we need to reevaluate how to plan for sustainability. As a result, our members voted to fold the TaskForce under BreastfeedLA just this June, and APIBTF has since become a project of BreastfeedLA. But one thing remains the same: we continue to recognize the unique cultural and education needs of Asian, Pacific Islander and API-American parents and strive to remove systemic barriers that prevent breastfeeding from flourishing.